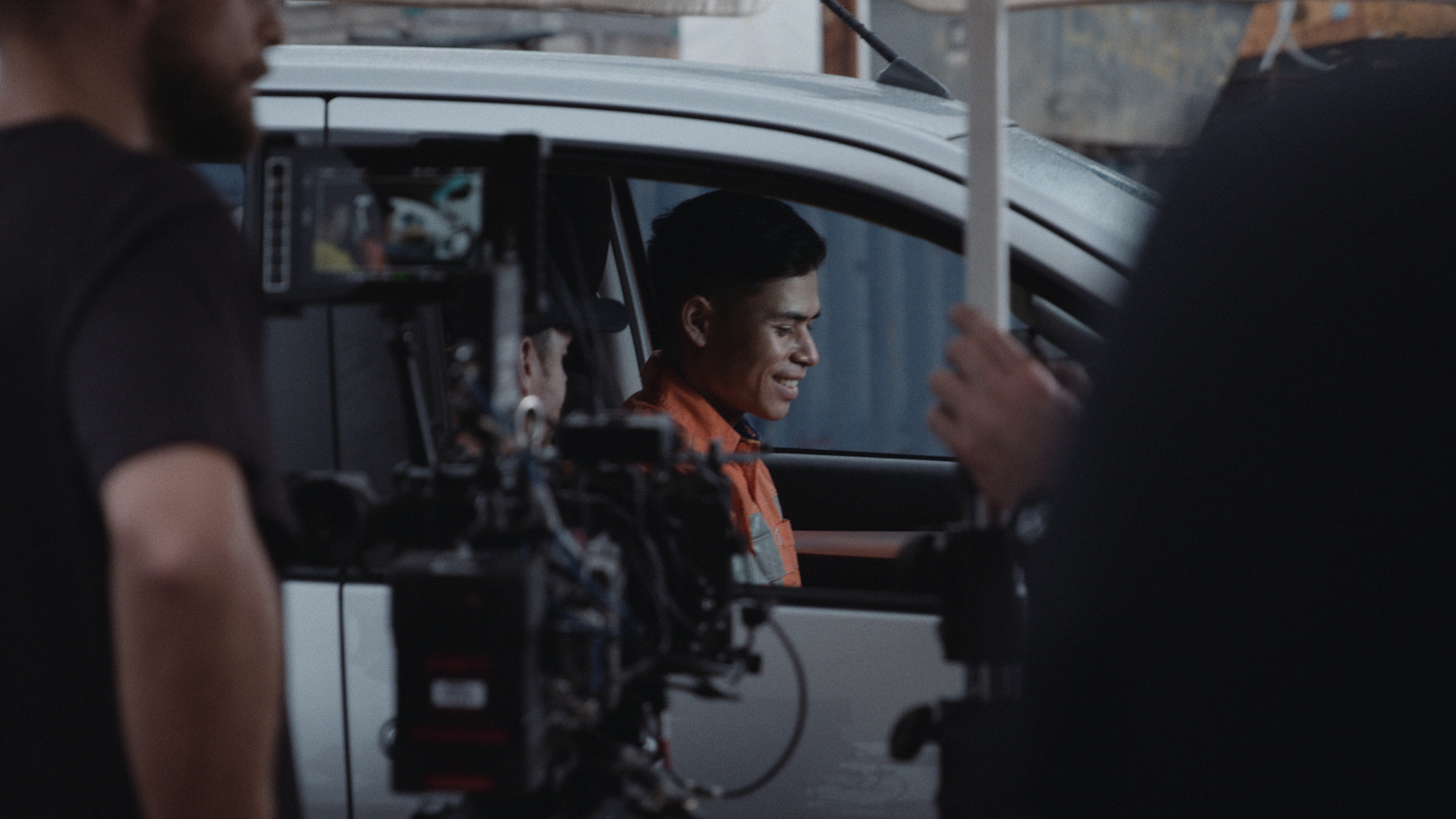 Nearly 5 years ago we slid into our first campaign for Bisley Workwear. The spot we produced was arguably ahead of its time, with a core focus on digital distribution, we adapted the TVC model to fit a digital market for our client for the very first time.

The goal was to demonstrate the flexibility and tough design of the Bisley FLX & Move product with a parkour scene which we shot in their factory warehouse in Banksmeadow, Sydney. The film was directed by action specialist James Tyrrell and the Photography campaign shot by sports advertising photographer Brett Hemmings.

Cut to February 2018 and we were back on set with Bisely creating the follow-up to this successful campaign. This time we went even further with the concept, production and execution. Director; James Tyrrell scouted a heavy machinery lockup yard for our location meant we had an abundance of obstacles for our parkour athlete to move across. Not to mention a rust ridden gritty exterior to set the palette for photography.

OPTIKA took care of all aspects of production, from casting, location scouting, scripts, boards and unit logistics for the shoot day. Our amazing film production team made the shoot day a breeze despite some challenging weather (see BTS video below). Our in-house editors handled post-production and the colour grade; mastering for broadcast and digital.

Ali Khadim was cast once again to star as our parkour moving tradie. Although the stunts were storyboarded, ultimately the location and weather were the deciding factors in how we would approach the movements.

Watch the behind the scenes video:

This time the media reach was extended. Blasting across TV, digital, social and stadiums and cinema the FLX & Move 2.0 TVC has made some serious impact. With a careful approach to the media scheduling, the creative was perfectly suited to accompany shows such as Australian Ninja Warrior and Survivor, also appearing on Fox Sports NRL which is an obvious choice.

The stills campaign once again shot by Brett Hemmings has made it’s way to billboards and ooh screens around the country.